“I think I’ve got a pretty good team,” you say to yourself. Your key players are smart, qualified, and have proven track records in their fields. Maybe you even feel you’ve got some real all-stars on your team. Yet, research shows that 60% of all teams fail to accomplish their goals,[1] 70% of organizations have suffered at least one project failure in the last 12 months,[2] and 77% of completed projects fail to deliver their intended results.[3]

Why is this happening and how can it be fixed?

First, let’s re-examine the idea that great talent makes a great team. In February 1979 the NHL’s All-Star team competed in the Challenge Cup against the Soviet Union’s national ice hockey team. Although the All-Stars started off with a 4-2 win in the first game, the Soviets came back to win the second game 5-4 and shocked a packed Madison Square Garden by winning the third and final game of the series with a 6-0 shutout.

This outcome stunned the ice hockey world and provides a powerful lesson: individually, each member of the All-Star team was arguably more talented and their stats outmatched those of the Soviet players. However, the All-Star team was made up of players from 11 different teams in the league, borrowed from their respective teams for a weekend in the middle of their regular season. Ultimately, the individually superior but collectively dysfunctional (by comparison) All-Stars were unable to overcome the much more cohesive Soviet team with superior knowledge and practice at working well together as a team.

Second, let’s examine one of the most visible outcomes of team dysfunction: project failure. In a survey conducted by the Project Management Institute (PMI), the five most frequently cited reasons for failed projects are:

Changes to an organization’s priorities or a particular project’s objectives let teams off the hook, perhaps too easily. Projects can be viewed as naturally evolving and stigma can be applied to cautious team members who resist change. Perhaps not at the conscious level, but at least subconsciously, people who are naturally innovative and seek change believe that their trait is more valuable and can view resistance to change negatively. Couple this with high dominance in a naturally innovative change seeker and team members who resist change can be ignored, marginalized or get kicked off the team altogether. In truth, citing a change in the organization’s priorities or a particular project’s objectives may be masking team dysfunction.

Similarly, people who are naturally supportive may, often subconsciously, avoid conflict. While avoidance of healthy conflict is certainly a sign of dysfunction in its own right, it can produce an additional problem that can be a death sentence for any objective your team tries to carry out: avoidance of accountability. The problem inherent in avoidance of accountability is self-evident: team members who do not hold each other accountable and are not held accountable themselves are at much greater risk for not achieving their goals, because nobody is openly expressing that the goals actually have value that is worth pursuing.

Clearly, inaccurate requirements gathering implies not having necessary information. However, it also implies a failure to understand the requirements of the team and to assemble the right people for the team in the first place. When assembling teams, it is important to keep in mind that people function differently from one another. Understanding the similarities and differences between individuals is just as vital to determining a team’s success as their domain and technical expertise. For example, people who are naturally patient require time and the opportunity to process the need for change and clear, consistent priorities in order to be effective. In the presence of urgent people with high dominance or extroversion, they can be forced to give immediate answers or their input may not be heard at all.  Yet, they may possess information or insights that are critical to project success.

At this point you may find yourself saying:

“Well yes, that’s all well and good, but I already know my team struggles with these things. How do I fix it?”

Good! In order to bring about a new, desired state of being, recognizing the need for change is the first step. One has to admit there’s dysfunction. Step two is desiring the change. Namely, one has to embrace a serious commitment and willingness to do what’s required to create a high performing team. The third step is locating the pieces that – if incorporated into the team – can help them rise out of their dysfunction. This third step is where people often get off track.

Leading experts, including Harvard Business School professor Gerald Zaltman, say that 95% of decision making takes place at the unconscious level.[5] Further, they point out that real decision making is not only unconscious, it’s instant and biased. As a result, in order to be effective, teams need to recognize:

This last point is particularly important and, it’s the reason we see people read self-help books without ever realizing the state of being that lead them to read those books in the first place. The people that are part of a dysfunctional team (i.e. the subconscious programs they are running that are causing their collective dysfunction) cannot enter into their desired state. They have to actually become the people (begin running the subconscious programs) that are consistent with their desired state of being. In a recent Gartner forum, a highly successful CIO was asked what the biggest surprise was in her digital transformation efforts.  Her response: “How long it’s taking for her teams to gel and work well together.”

To see whether or not a lack of habituated knowledge of how your team works best together is at the root of your team dysfunction, take this quick assessment. On a scale of 1 to 5 (5 = yes/always;4 = usually; 3 = sometimes; 2 = rarely; 1 = no/never), evaluate the following five statements:

If you scored a 16 or less, you’ve just taken the first step: recognizing the need for change and opportunity for improvement. Are you ready to take the next step and embrace a serious commitment and willingness to do what’s required to create a high performing team? 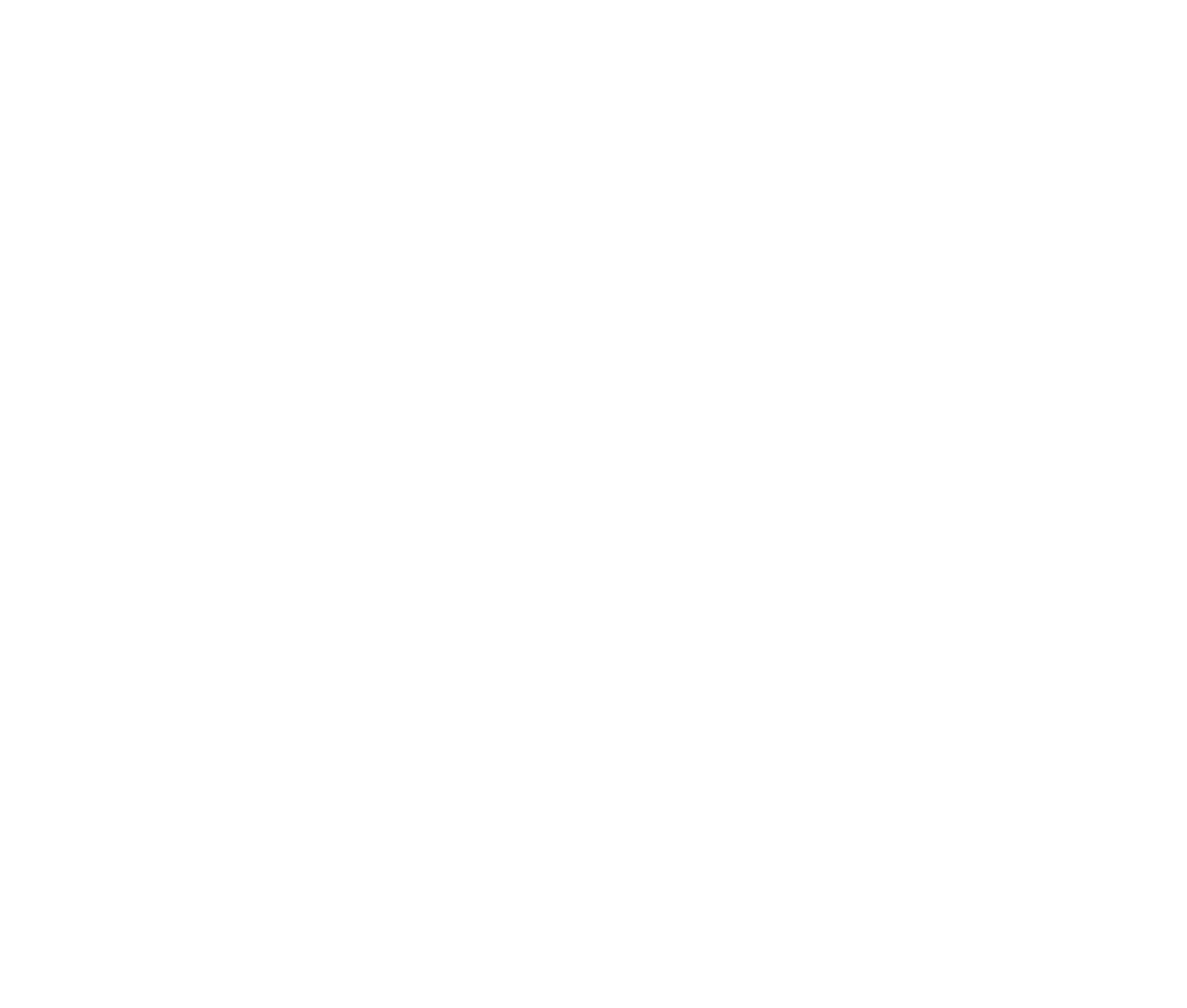 It is rare that peoples’ basic / natural self (the way one behaves without any outside pressure for adjustment, unconsciously) is thoughtfully and intentionally taken into account when assembling teams. It is also uncommon for teams to possess a mutual understanding of the similarities and differences of each other’s basic / natural self and habituated knowledge of how they work best together.

iHs combines a deep understanding of human dynamics with expertise in behavioral assessment tools – such as PDP – with their Partners’ peer level technology and leadership experience and expertise gained from the completion of thousands of technology search and leadership development engagements to help their clients:

60% of all teams fail to accomplish their goals,[6] 70% of organizations have suffered at least one project failure in the last 12 months,[7] and 77% of completed projects fail to deliver their intended results.[8]  By contrast, teams that complete an iHs team development workshop and the prescribed exercises after the workshop to habituate what they’ve learned go on to succeed at their mission better than 95% of the time.

“The process that iHs took us through was excellent. We had been using lots of different methods and systems to force an external conformity and in an effort to get the performance we wanted. iHs changed the way we think about assembling teams and initiating teamwork. This helped us create an environment where we discovered many of our frogs where actually princes!”  – President, industrial services organization

“This was enlightening. Now I understand why no matter how much clear direction and positive and constructive feedback I was giving several of my leaders they never consistently did what I and their customers were hoping they would. Even though they were outstanding performers in their previous roles, who they are naturally just isn’t the right fit for their current role.” – VP of IT, Fortune 500 company

At iHs, our mission is human flourishing.  Our deep desire is to see people go to work inspired and come home feeling satisfied.  To learn more or to start a conversation, visit iHs’ website at https://www.ihsrs.com or give iHs a call at (847) 447-7700.

The Secret to Finding Analytics Excellence
Scroll to top

This site uses cookies. By continuing to browse the site, you are agreeing to our use of cookies.